The Redmond Multicooker is an odd looking thing. Appearing to be half vacuum cleaner, half crash helmet, it claims to be able to cook, boil, stew, steam, fry or bake just about anything.

Measuring 250 x 400 x 310 mm, at first glance it’s certainly a sleek looking device.  After removing my review unit from the box, my first challenge was the instructions. They are written in English, but it’s a poor translation in places and I found them a little difficult to get my head around. After having had it a few weeks, I’ve still not figured out how to set the clock. 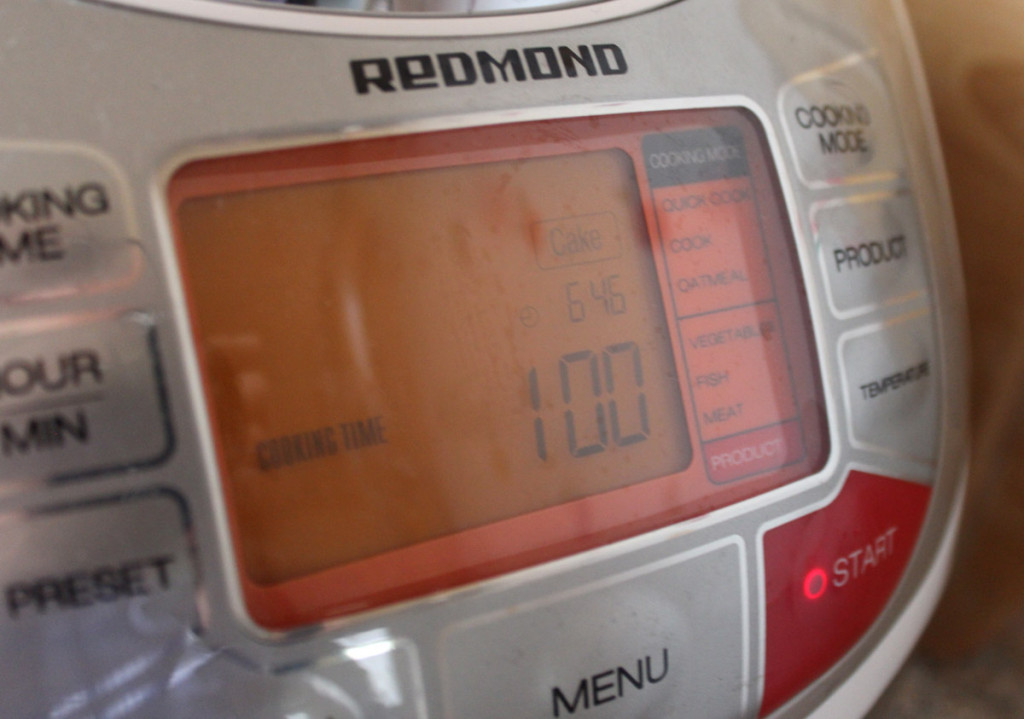 The Multicooker has an LCD display on the front that should make things easier, but it lacks contrast and is difficult to read. The buttons on the front are difficult to press and aren’t particularly logical, but after a bit of practice (pressing every button I could find) I managed to figure out the basics.

Cooking With The Multicooker

As you might have guessed, I was a bit dubious about the Multicooker, but I wanted to give it a fair chance, so I started with something simple from the recipe book; A light vegetable soup.

Simply chop up veg, add them to the bowl with stock, close the lid, select the “Soup” program and let it do its thing. The result was actually pretty good, although I can see why the word “light” was in the recipe title.

There wasn’t a great deal of flavour or texture to it, and I found myself wanting to transfer it to a pan, put it on the hob and just let it simmer a little longer. I couldn’t figure out how to do that in the device itself.

My next experiment was with deep frying. I found a nice, simple doughnut recipe and prepared my dough.

It was only then that I realised that the Multicooker can only get up to 160C and the recipe I had called for deep frying at 180C. Going back to the Multicooker manual, it does in fact say that it may not be as effective as a dedicated deep fat fryer (or a pan on a stove), and I guess this is why. But I pressed on nonetheless. 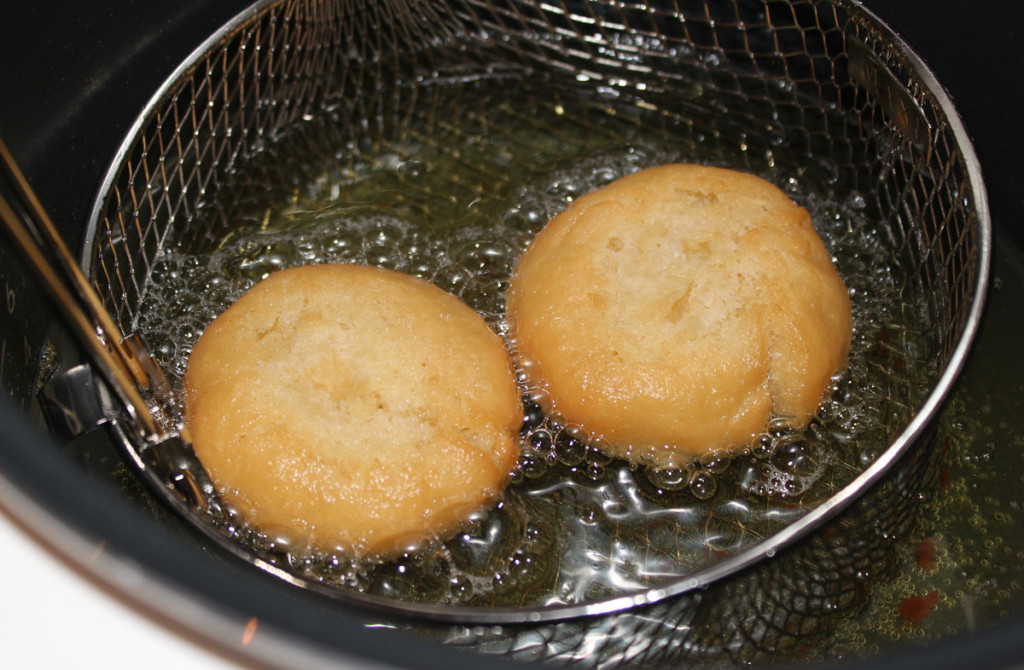 My doughnuts certainly looked the part while cooking, but it was clear the oil just wasn’t quite hot enough. They took twice as long as expected to cook, and the finished doughnuts were a little over cooked and greasy as a result. They were still very tasty, but I wouldn’t use the Multicooker for frying again.

My final cooking experiment – and one that I had a strong feeling wasn’t going to work from the start – was the “Chocolate Cake” recipe from the recipe book. As you can see from the picture in the book, it doesn’t look like the most alluring dessert, but I wanted to prepare it exactly as the recipe suggested so I could compare results.

The cake recipe itself is a little strange. It calls for 60g of chocolate to be grated into the cake mixture, so the grated flakes just hang around in the batter, unmelted. It’s only when you transfer the mix to the Multicooker, select cake mode and leave it to cook for a whole hour that the chocolate melts.

The result was, as I expected, close to inedible. But as you can see, it’s quite close to the picture in the recipe booklet (sans the chocolate sauce and mint leaf), so I have to think this is how it’s meant to be. 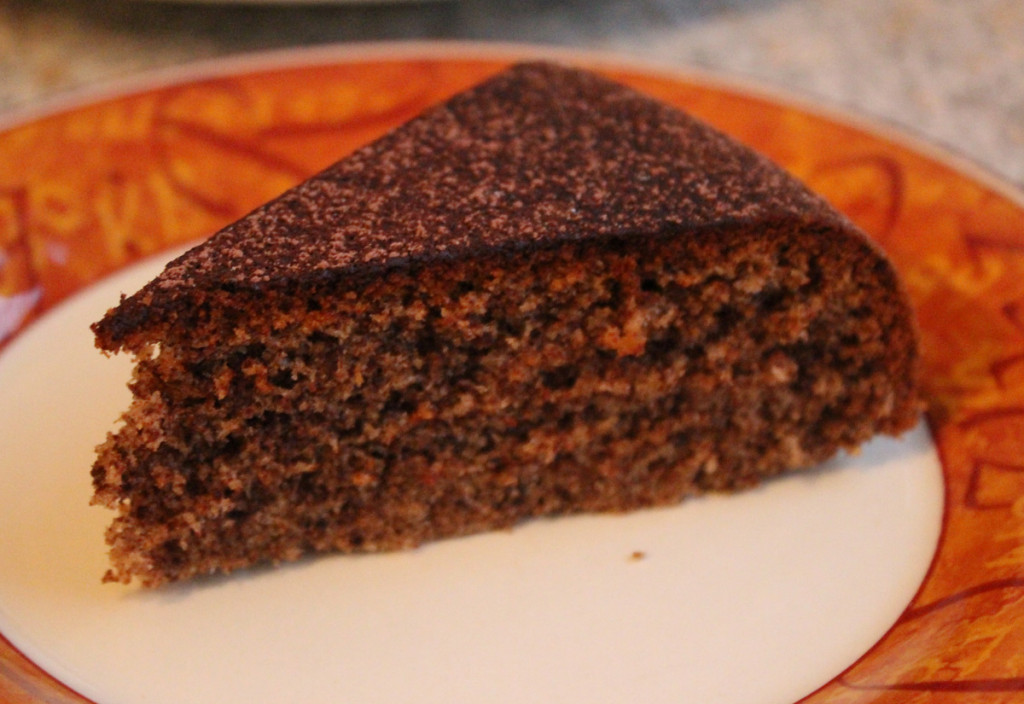 It’s a flat, heavy thing without much flavour. The very inside somewhat resembles a dry sponge, but around the outside where the cake has been in contact with the bowl, there is a thick, hard and somewhat burnt crust. I made it look as pretty as possible, took a small bite then threw the rest away.

You may be able to make cake in this thing, but if you can, you won’t do it by following this recipe.

Would I buy a Multicooker? No.

Would I recommend one? Perhaps, but only for a very specific set of people. If you have limited kitchen space and no existing oven or hob, then it’s probably going to be very useful for you. If you already have an oven or a hob, then you probably don’t need a Multicooker.

For me, the Multicooker would just be a slightly less convenient way of cooking things that are easier to prepare with my existing cooker. So despite being given this review unit to keep, I’ll be sending mine back.