Hawaii is a beautiful destination and one that I thoroughly recommend visiting. But it’s also one of the most isolated population centres on the planet, so getting there and getting around requires a bit of planning. Having spent a couple of weeks travelling around the state, I thought I’d share some of my top travel tips. If you have your own, feel free to leave them in the comments!

1. Visit more than one island.

Hawaii’s islands are all very different and each has its own character. If you’re making the effort to get to Hawaii, it really is worth going the extra mile and seeing more than one island. May airlines allow you to easily select multiple destinations when selecting your ticket. We flew with United into Honolulu on Oahu island and home from Kona on Big Island.  Hawaiian Airlines is the easiest way to travel between islands and with cheap, regular flights, it’s really easy to do.

If you’re planning on doing anything more than hanging around Waikiki then I highly recommend hiring a car. We didn’t, and it meant that some of the things we wanted to see were simply impossible to reach. That cocoa plantation in the North of Oahu? The helicopter ride over lava flow on Big Island? They’ll have to wait until our next trip now!

3. Make your stopover part of the trip.

Let’s face it, Hawaii is a long way from anywhere and if you’re coming from Europe you’re going to have top stop over somewhere in mainland USA. But rather than just hang around in the airport, why not make this a part of your trip? We only managed a few hours in San Francisco on the way back from our trip, but it gave us a chance to see a little bit of a city we’d never been to before. Turn that horrible 8 hour wait at the airport into something positive! 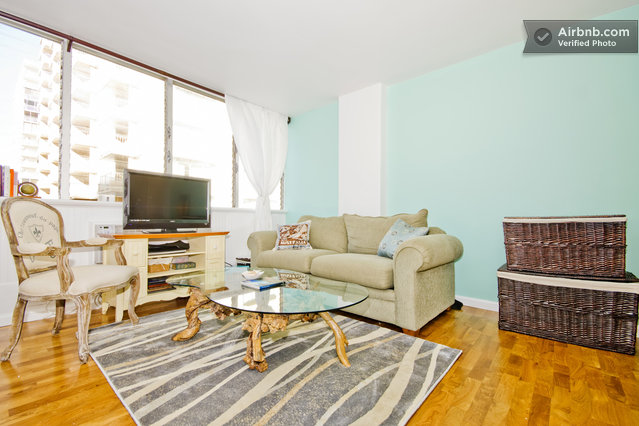 4. AirBnB is a great way to find somewhere to stay.

We used AirBnB for the first half of our trip and found a great little apartment in Waikiki, just seconds walk from the beach and public transport. Price-wise, it wasn’t significantly cheaper than a hotel, but in term of convenience, nothing beats having an entire place to yourself. Be aware that many of the AirBnB properties in Hawaii are run as commercial concerns, and you’ll find many owners who have several properties. Do your research and be sure to read all the reviews.

Oahu has a great bus service that will take you all over the island for just $2.50. They’re really easy to use and if your journey requires multiple buses, just ask for a transfer on the first bus and you can use the same ticket without having to pay twice. You can use Google Maps on your phone to plan your route and there are apps that will tell you when the next bus is due at any given bus stop.

6. Travel light, but pack for all weathers.

One major thing to be aware of if you’re relying on the bus is that they do not accept large items of luggage. You can get away with a small suitcase, but if you try to get on the bus at the airport with a large case, they simply won’t let you on. I know this from experience. Traveling light is always the best way to go and will make getting around much easier. Depending on the length of your trip it might not be practical, but if you can bare to do so, try to avoid checking any luggage. With multiple flights and stopovers, there’s always longer waits to reclaim your bags and the chance that things will go missing.

One thing to keep in mind is that Hawaii has one of the most diverse climates on the planet. Big Island alone as 11 of the world’s 13 climate zones – including snow! Expect rain if you’re hiking in the rainforest and sunshine and a steady high in the mid 20s Celsius of you’re lounging by the beach. 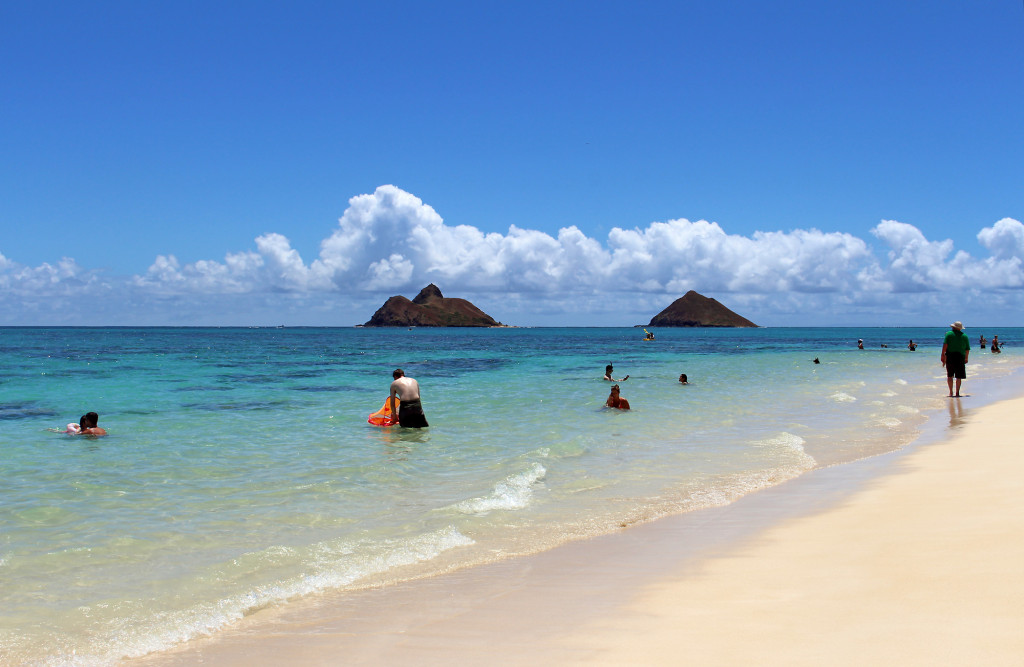 7. Big Island isn’t for everyone.

I’d heard that Big Island isn’t necessarily the best destination for the first-time Hawaii visitor, and approximately 30 seconds after leaving the airport at Kona it was clear why. Much of the island’s landscape is stark, black volcanic rock for as far as the eye can see. It’s a spectacular alien landscape that goes on for miles with only the occasional manmade resort carved from the rock. There is plenty of lush greenery with things to see and do on the other side of the island, but check the area before you book, particularly if you don’t have a car.

If you do make it to Big Island, go to the Visitor Center on Mauna Kea (the dormant volcano in the middle of the island) for an evening of  stargazing and breathtaking night skies. But at 9,200 feet above sea level it gets cold, so take a coat!

9. Food is expensive. Use the supermarkets.

One thing that’s difficult to escape in Hawaii is the cost of food. Because so much of it has to be imported, it can be very expensive, but even locally grown produce can be more costly than it is in the UK. If you don’t need to eat out every night, make good use of the local supermarkets and grocery stores to stock up on essentials.

Hawaii is a spectacular destination with a multitude of landscapes, climates and things to do. Whatever you want from a holiday you’re likely to find it on this amazing island chain. In order to make the most of it, you really do need to do plenty of research first. Google, Wikipedia and TripAdvisor are my tools of choice when planning a trip. For my trip, the focus was the local chocolate and cocoa industry, and with a few emails, I arranged tours of four different factories and a plantation and made some new friends in the process. But when it comes to Hawaii, the most important piece of advice I can give is just go.