If you you’re anything like me, you will have seen the fuss about the Cronut over the last year and wondered if it wasn’t all a little bit over the top.

Created and trademarked by New York pastry chef Dominique Ansel, the half-croissant half-doughnut pastry was so popular that customers would queue for hours to buy them and a healthy black market saw people paying up to $100 a piece.

The hype may have died down, but Cronuts – and their many strangely named copies around the world – are still popular. Here in London, I’ve tried a couple of variations, and while they were nice, I couldn’t see anyone paying $100 for them. Apparently only the real thing will do.

So what do you do if you can’t get to New York to try a Cronut? Well it seems if you wish hard enough, the Cronut will come to you!

On a recent trip to the UK, Ansel announced that he would be bringing some Cronuts with him and giving them away to some lucky Brits. There was a competition. I entered. I won.

And so it was that I returned home from a day out to find a rather lovely Dominique Ansel bakery bag waiting on my doorstep. Inside were two of these beauties. 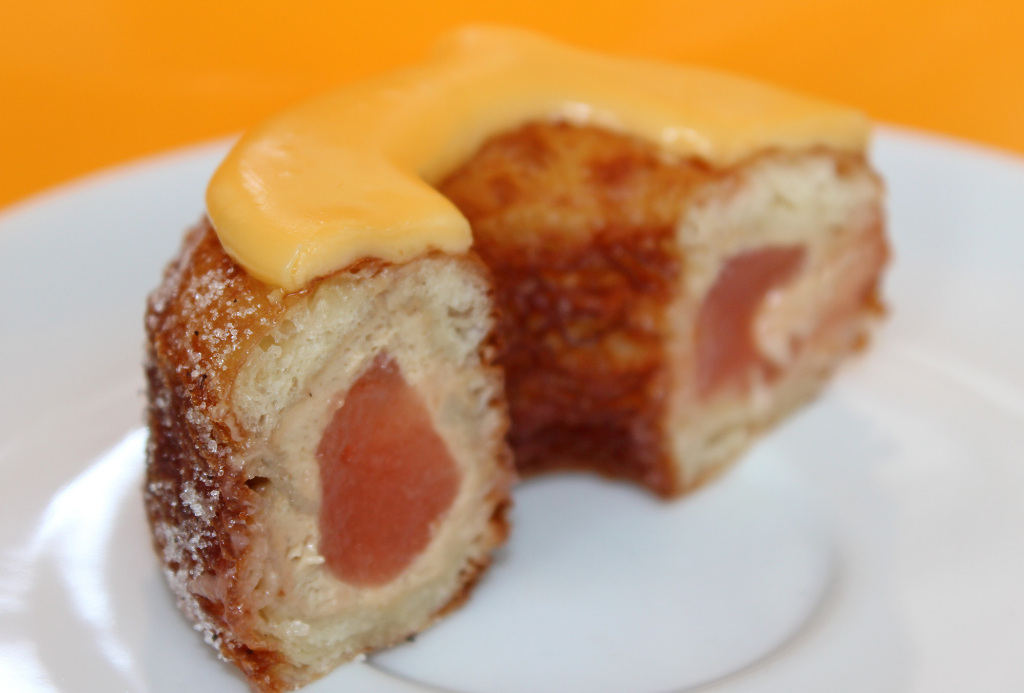 Ansel produces just one flavour of Cronut that changes every month. After a little research, I discovered mine were Yellow Peach and Black Tea.

I carefully sliced through one to see how the flavour was distributed. The light, fruity filling ran all the way around the Cronut and it was topped with a perfect amount of icing. So often with pastries I end up with too much or not enough filling, but this was spot on. The flavour was light, fresh and fantastic.

I can’t say I picked up a lot of tea and the pastry layers are not as distinct as they are in the Cronut pictures on Ansel’s website, but this was still an order of magnitude nicer than the knock-off Cronuts I’ve tried. It was simple, delicious and satisfying. And I ate both rather quickly.

All that said, I still don’t think I would queue around the block or pay a scalper $100 to do it for me. They’re lovely. But they’re just Cronuts.